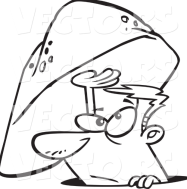 I don’t really like watching sports on television. I could go to a game or match and have a decent time. I think it would be even more interesting to actually be playing. But I understand people like watching it for various reasons. The one that I can most understand is they play or used to play and for them it brings back the excitement of playing. I used to play volleyball and though I don’t follow professional volleyball, if I happen to see it on tv I will watch it for a bit. I have also heard that people remember watching a particular sport or event with their family growing up. It seems like it can also be a pleasant distraction from every day life and provide relaxation.  The sport is enjoyed on both an individual level and a national level.

I can see how tournaments played by teams from different countries can be beneficial for a number of reasons. The world unites in friendly competition, a nice distraction from the usual conflict we hear about constantly on the news. It also creates a sense of pride among people from that country and unites people who are not in their home country. It seems as teams are eliminated, people will start rooting for different teams and it creates a sense of cross camaraderie.

So after a whole hour’s worth of research, I will share my vast knowledge of the World Cup.

I have crawled out of my rock and learned something about the World Cup! 🙂

What do you love about the World Cup?

I live in Miami and I enjoy writing, traveling, dogs, and geocaching. View more posts